Close encounter of the wild kind in Nepal

12 February 2017. I will remember this date for the rest of my days. I was on a tour of Chitwan National Park with my team inspecting successful conservation work to protect rhinos, tigers, gaur and a wide variety of bird species.

We took a leisurely walk through Amaltari village, location of an outstanding community homestay run by the local Tharu community. We met a farmer running the homestay who had lost a leg in an encounter with a rhino,and yet was dedicated to conservation.

Was that an omen? Indeed, it was a foreboding of what was to transpire later that day.

Back in the mid 1980s I worked as a naturalist in Chitwan and I have had few close encounters with the wildlife. I had also met survivors and knew some who had succumbed to theirinjuries. This is a stark reminder of the dangers of the Chitwan jungle, given that the number of rhinos has increased more than seven-fold to over 752 in the past five decades.

I saw a rhino for the first time in 1974 as a teenagerwhen I accompanied my father the late Prof Emeritus Dr Parasar Narayan Suwal. The 1970s were a tipping point for biodiversity conservation in Nepal, securing the habitat, and preventing loss from poaching.

The setting up of Chitwan National Park was instrumental in bending the curve for its conservation success. The unique revenue sharing mechanism introduced by Buffer Zone Regulation empowered communities,while security forces were deployed to curb wildlife trafficking.

The park also increased its grasslands and wetlands to accommodate more rhinos while using various gadgets to monitor illegal activity and translocating the mammals whenrequired.

It was late in the afternoon when we went for a walk that fateful day in 2017. We walked along the riverine forest on the Narayani River, and on the last leg, we noticed a fresh tiger pugmark on the riverbank (pictured above).

Next, we saw a rhino walking along a dry creek with her calf. They were too close, beyond the comfort range. I immediately signalled my guide DB to go inside the forest escorting my guest assuming the rhino would continue to the river for a drink.

But the rhino stayed in the open and close by. I continued to follow my guide and guest, no words were exchanged as rhinos may have poor sight but possess sharp hearing. The calf was just a few feet away from me, with the mother closely watching me intensely.

Baby rhinos are frisky and are attracted to any moving objects. On the otherhand, mother rhinos are fiercely protective of their young ones. An angry rhino that weighs over one ton can accelerate from stationary to 30km per hour in no time. These are all-terrain, armoured plated, four-leggedtanks that can crush anything on their path.

We naturalists believe that men are afraid of animals and animals of men, and in most cases, animals run away. So I chose to scare the rhino by hurling a branch, but to no avail. I looked around for trees, but could not find one big enough to hide behind. Now I was left with three options: follow my friends and make all of us a target, wait and watch,or run away in the opposite direction.

I chose the last one but was no match to the angry rhino. Her first blow on my left shoulder knocked me to the ground, and it charged over, again and again using her horn and two sharp lower incisors which can rip off muscles, and their sheer force can disembowel a person.

She grunted and charged me with mighty force, rolled me over several times and even tossed me into the air after which I landed flat on my back. While suspended in the air, I thought I saw heaven – a very bright place and in that fraction of second I saw faces of my wife and two sons.

After landing on the ground, the rhino was all over my chest and stomach. I could smell the freshly chewed grass in her breath while patting her bony cheek. But the very next second, she suddenly decided to leave me, and vanished into the forest, and I crawled to gather my broken camera lens and hat.

Conservationist Rajendra N Suwal with a rhino on the background.

I was covered in bruises, bleeding from my right leg and back. I tied my handkerchief on the wound to stop further bleeding. I tried to stand but could not. DB came and I borrowed a walking stick and straightened myself, and felt a sharp pain shoot up. I could feel my hipbone was dislocated from its socket which I managed to push back.

Luckily, our jeep was within 100m which took me to the hotel for first aid and then to BPK Cancer Hospital in Narayanghat.

I got six stitches in my lower back and four below the knee, while the morphine killed some of the pain. Upon my return to Kathmandu a surgeon noticed my broken right acetabulum in a CT scan.

My colleague DB visited the place of the encounter in Chitwan four days later. He found my bird book covered in a thick layer of soil, and my sunglasses nearby. He also noticed a vertical vine with fresh bruises where he found me. From this I concluded that I was saved because the rhino was tangled in a vine that prevented further damage.

This encounter is the closest I’ve been to death, but it also brought me closer to the rhinos and the overall mission of conservation. Reflecting on the day reminds me of a mother simply trying to protect its child from harm. Humans have been encroaching on wild habitats since millennia but my job as a conservationist is to help find a balance between human ambitions and survival of wildlife.

Our government has a mission to stabilise the endangered rhino populations while benefiting communities from its survival. The earlier negative attitude toward conservation has shifted,and much credit goes to our flagship rhino tourism. World Wildlife Fund (WWF) has been privileged to partner with the Nepal Government since 1967 in Nepal’s conservation efforts. And despite my rather unlucky encounter, I still have a deep respect for the well being of these magnificent mammals.

Rajendra N Suwal is the Head of Partnerships Development at WWF Nepal. All the expressions in this write up are of the author himself. Infected with dengue? Telemedicine can be an option when hospitals close 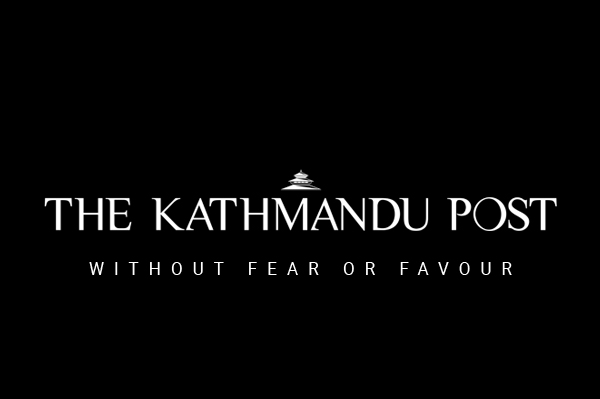 Lore of the Land: Malshree Dhun and the Newa music heritage