Tuesday marked the 12th day of 24-year-old Tong Ying-kit’s trial in Hong Kong’s High Court under the Beijing-imposed national security law. He stands accused of “incitement to secession” and “terrorist activities,” with “causing grievous bodily harm by dangerous driving” as an alternative charge to the terrorism offence. 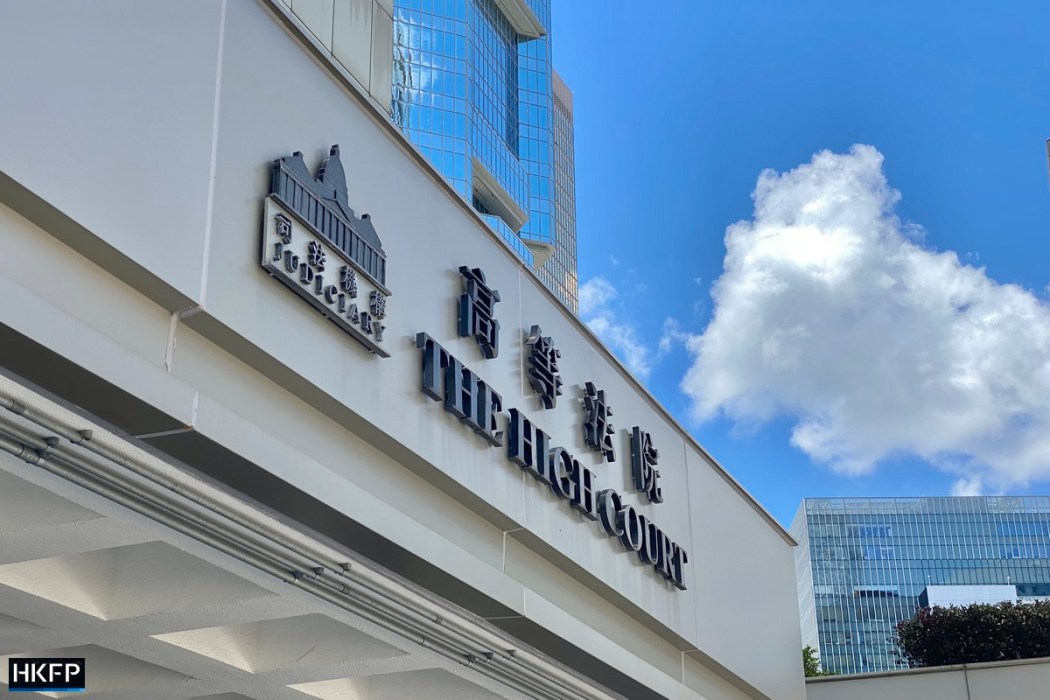 Tong became the first man to be arrested and prosecuted under the sweeping security legislation, after he allegedly rammed a motorcycle displaying a flag of the slogan “Liberate Hong Kong, revolution of our times” into three policemen during a protest in Wan Chai on July 1.

The high-profile trial, set to end on Friday, is being handled by a three-judge panel comprised of Madam Justices Esther Toh and Anthea Pang and Justice Wilson Chan, who were designated to hear national security cases. Tong is represented by barrister Lawrence Lau and Senior Counsel Clive Grossman.

The trial, which could land Tong life behind bars if he is convicted, has centred around the slogan, which was declared illegal by the government last July for carrying “pro-independence, secessionist and subversive” implications. 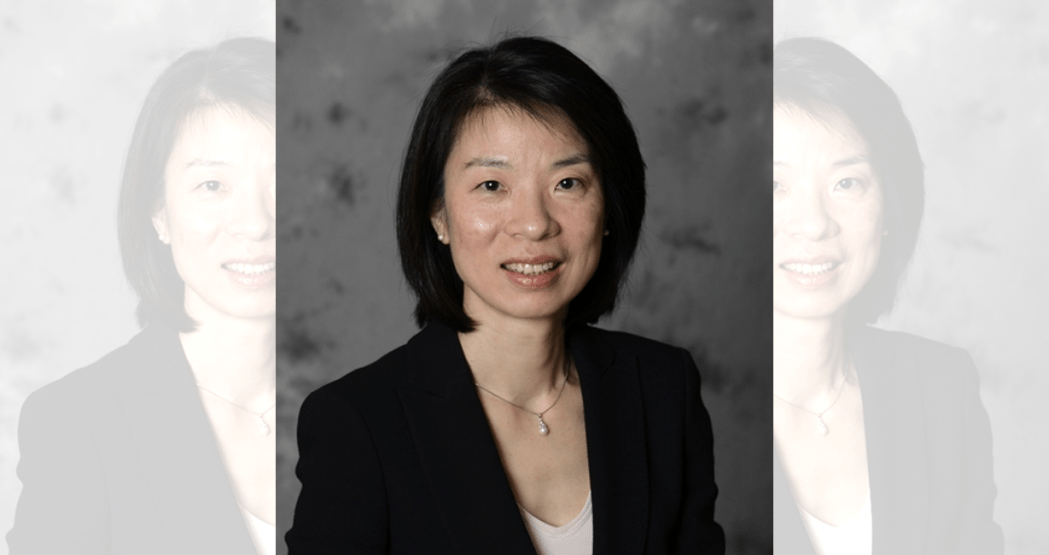 Chau asked Lee about former localist leader Edward Leung’s electoral campaign in 2016, when he stood in the New Territories East legislative by-election against six other candidates.

Lee stated in her report that she believed the “Liberate Hong Kong, revolution of our times” slogan – “improvised” by Leung in his campaign – was “ambiguous” and open to multiple interpretations.

She went on to say that it was important for Leung – a member of the localist group Hong Kong Indigenous – to come up with a “catchy” slogan for people to remember him by, as he was not a well-known politician like some of the other contestants.

The prosecution asked if Lee agreed with their history expert Lau Chi-pang’s conclusion that the “Liberate Hong Kong” slogan was pro-independence. The HKU politics professor replied that the words may have such connotations “to some people,” adding there was often a “considerable subjective element” in understanding a slogan. 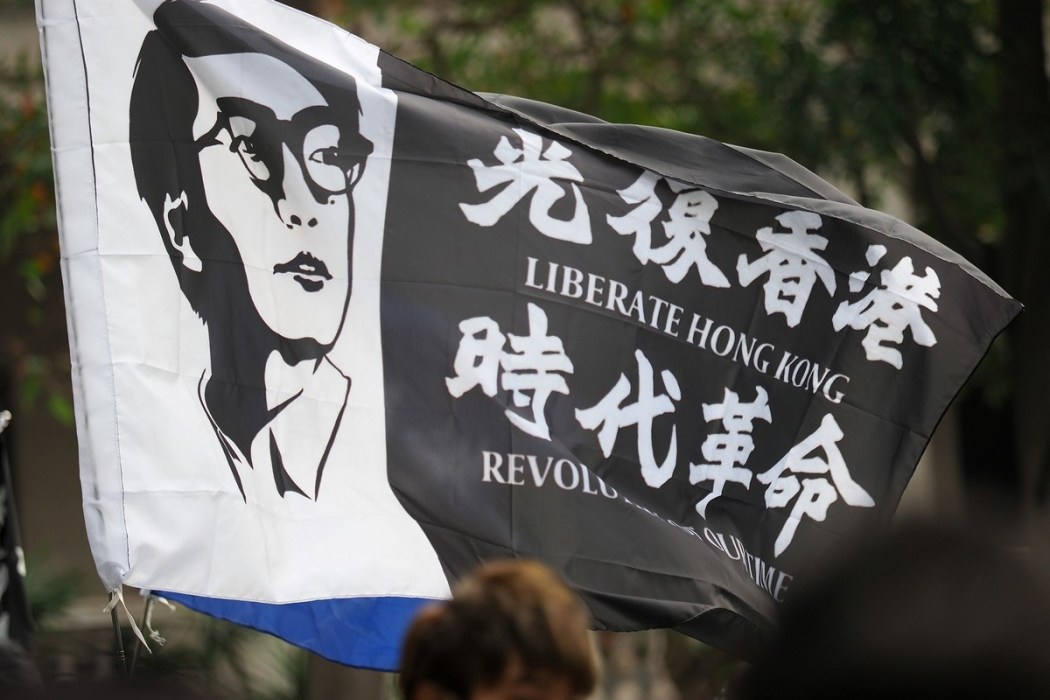 A protest flag that features the portrait of former localist leader Edward Leung and the slogan “Liberate Hong Kong, revolution of our times.” Photo: Etan Liam, via Flickr.

“Effective slogans invite people to bring their own meaning to a situation,” Eliza Lee said, referring to a quote by American political scientist  W. Lance Bennett that was used in an expert report she co-wrote.

During Tuesday’s trial, American minister and human rights activist Malcolm X was brought up by the prosecution again, because his famous speech in 1964 – The Ballot or the Bullet – was cited by Leung in his 2016 campaign speech.

Prosecutor Chau asked Lee if she considered Malcolm X a secessionist or separatist, saying he was a member and a leader of the Nation of Islam, which Chau described as a “black separationist group.”

In response, Lee questioned where Chau obtained such information, and asked whether they should venture into the complicated racial issues in the US. The judges also stopped Chau from continuing his questioning on Malcolm X, saying that whether the American figure could be seen as a secessionist or not was “far, far removed from the issues before the court.” 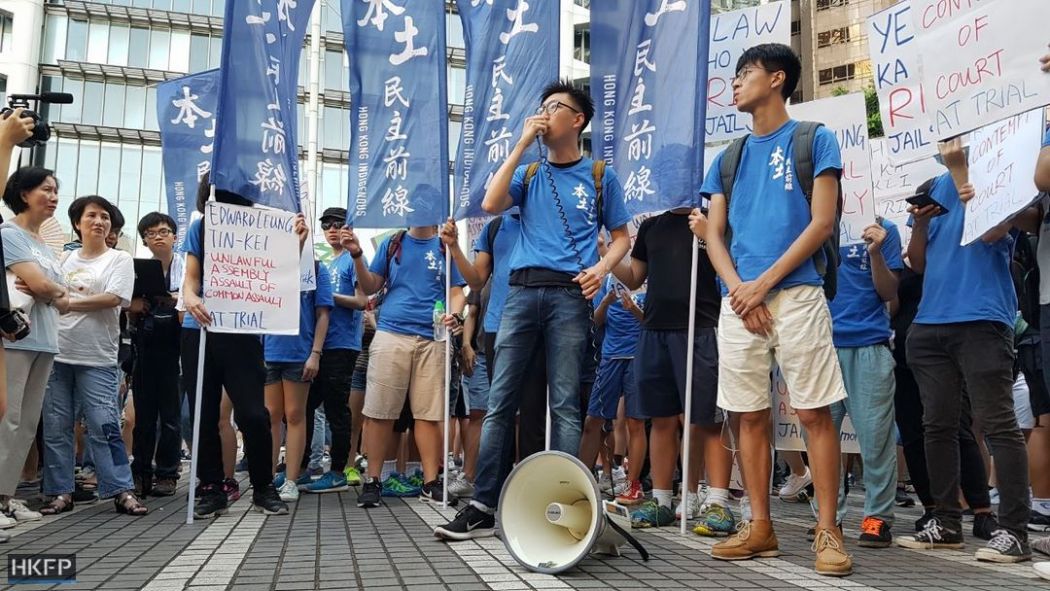 “We do not see the importance of such a line of cross examination. One should not lose sight that Professor Lee has already [testified] that Edward Leung was an advocate of Hong Kong independence,” said Madam Justice Pang.

LegCo as a means to ‘overthrow’ gov’t

The prosecution’s witness Lau Chi-pang from the Lingnan University testified earlier that the former localist leader had seen ballots as equivalent to a weapon, with an ultimate objective to “change the regime” if elected into the legislature.

Asked whether she agreed with Lau’s analysis, Eliza Lee cast doubt on the feasibility of an individual to overthrow the government by occupying one seat in the Legislative Council (LegCo).

The prosecution pressed further and asked if Leung could enter the legislature “as a means to achieve his ends.” Lee said she would have to see an action plan from Leung, adding many localist groups and figures who advocated for Hong Kong independence did not have a “concrete action plan.” 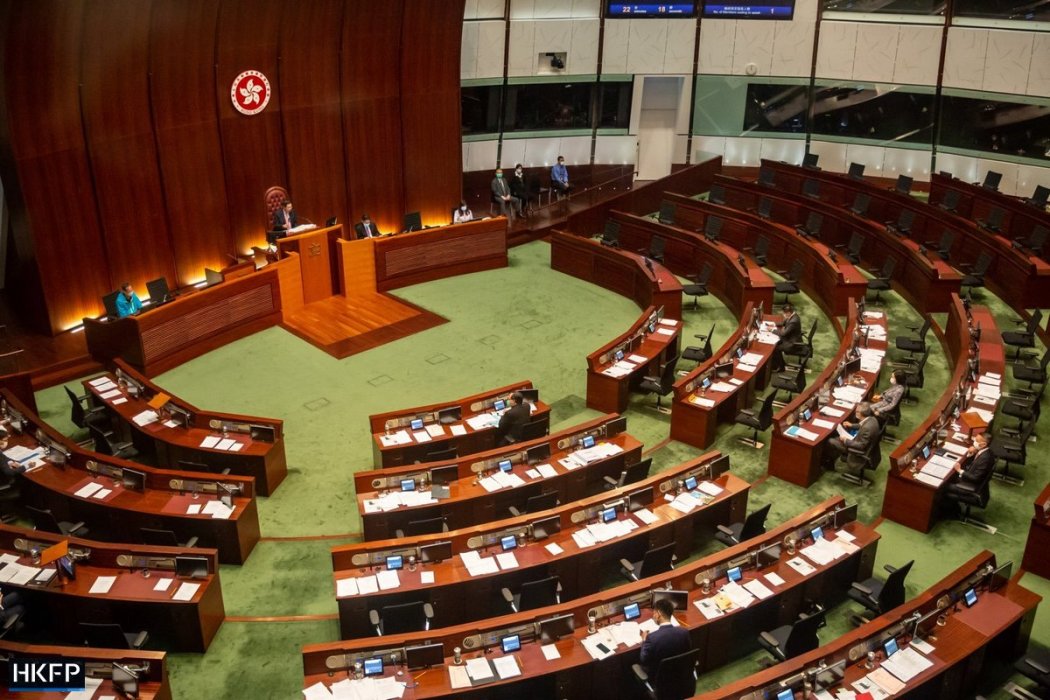 Chau followed up by quoting an interview Lee gave to local online news outlet Citizen News in August last year, when the government announced that it would postpone the 2020 LegCo polls, citing Covid-19 risks.

Lee told Citizen News at the time that pan-democratic lawmakers should remain in the legislature, so that government bills would not pass “easily” in the absence of opposition. She also said “strategic considerations” were more important than questions over the lawmakers’ mandate by extending their term of office.

Chau asked whether what Leung attempted to do was similar to the notion proposed by Lee – to use the legislature as a means to achieve his ends. The politics scholar retorted: “Why do you have to cite me to ascertain what Leung wanted to do? Are you trying to say that I’m with Leung?”

She added she felt like Chau was “putting [her] on trial,” which Madam Justice Pang clarified and said the prosecution had no such intention. 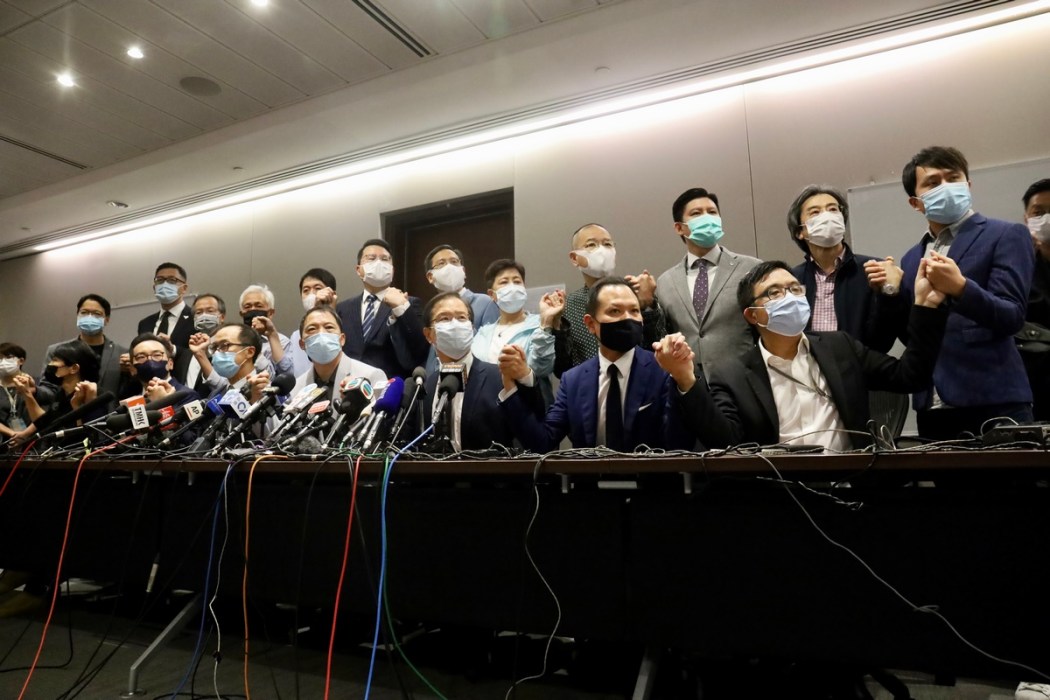 Lee later said the context of a collective resignation of pro-democracy lawmakers was “very different” from Leung’s by-election run, adding she could not represent Leung in saying whether it was one of his strategies to enter the LegCo.

Before completing the cross examination of Eliza Lee, Chau told the court that the prosecution believed the empirical data prepared by the defence experts were “unreliable” and “irrelevant.”

The prosecutor said he would reserve the questions related to data for the defence’s second expert witness Francis Lee, the director of the Chinese University (CUHK) School of Journalism and Communication.

The journalism scholar was summoned to the court on Tuesday afternoon and said he was responsible for handling the empirical data used in a report he co-wrote with HKU professor Eliza Lee.

The CUHK professor explained in detail how he conducted a quantitative study on the posts and comments on local discussion forum LIHKG. The research examined the number of mentions of keywords such as “liberate Hong Kong,” “revolution of our times,” “five demands,” and “Hong Kong independence” with the help of a computer programme. 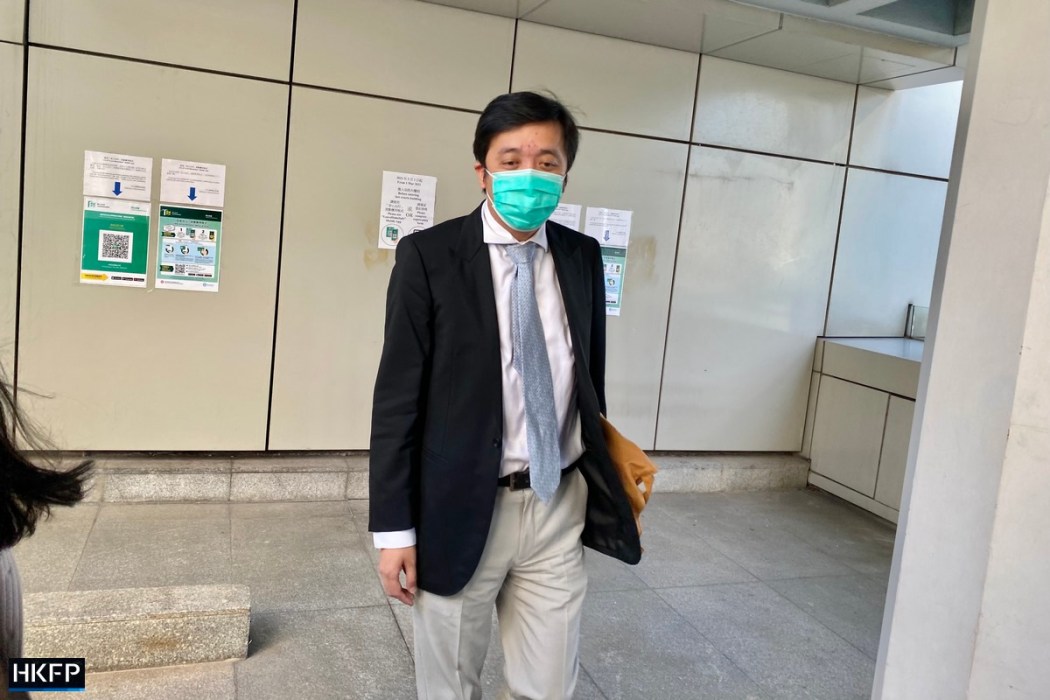 Francis Lee also conducted a qualitative research with focus groups that involved 40 people, where the participants were asked to discuss the 2019 protest movement. He said the study allowed researchers to understand how people made sense of the slogan.

The journalism professor said there were three “general groups” – which consisted of supporters of the 2019 pro-democracy movement of different genders and from various age groups and walks of life. The remaining four groups were more “homogeneous” Lee said, comprising of young people, social workers, media workers and school teachers.

Justice Wilson Chan questioned how Francis Lee could ensure the participants were “telling the truth,” but Lee said the focus of the study was to observe how people communicated their opinions, rather than examining how true their views were.

Lee added the interpretation of the slogan’s meaning was an “ongoing process” that may change over time. He gave the example of a focus group participant, who said he did not chant the “Liberate Hong Kong” slogan at first, because he thought it carried pro-independence connotations. But that individual changed his mind as the protests went on, as he thought the phrase did not convey an intention to overthrow the government.

The trial was adjourned at 4.30 pm. The court will continue with Francis Lee’s testimony on Wednesday. 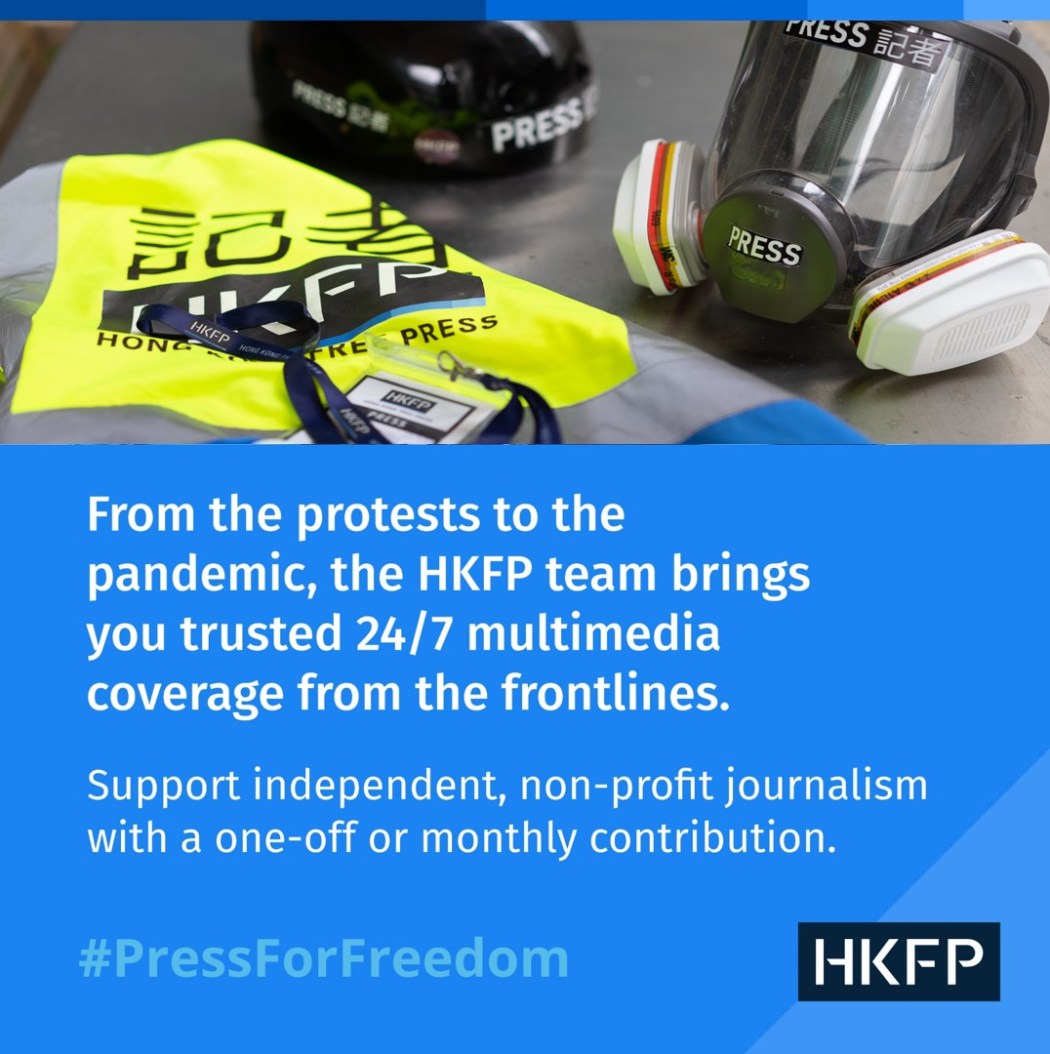 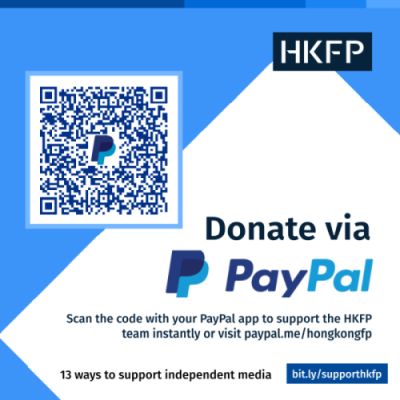