Saving one Nepali mother at a time

Married at 15, Dhiru Bista has been either pregnant or lactating every year since. Of the 12 babies she gave birth to, only seven daughters are surviving. All photos: SRIJANA DEVKOTA

Dhiru Bista is only 35, but looks much older. She has had 12 pregnancies, and the last one was a stillbirth four months ago that nearly killed her due to a ruptured uterus and internal haemmorhage.

The struggle of her hard life is etched on Bista’s face, as she recovers from her ordeal. But there she is, not resting in bed but spreading the rice and buckwheat harvest out to dry outside her small clay brick house in Babala village of remote Achham district. Her young daughters play nearby, some babysitting younger siblings.

Because her husband is within earshot, she is reluctant to open up. Only when she is taken to a quiet corner, does she finally whisper: “If sharing my life’s story will help other Nepali women escape the same fate, let me tell you.”

Dhiru Bista with her daughters and husband. The oldest is now 16 and the youngest 18 months.

Married at 15, Bista first got pregnant two years later. Every year since, she has been either pregnant or lactating. Of the 12 babies she has given birth to, only seven daughters are surviving. The oldest is now 16, the youngest 18 months. Two of her daughters died shortly after they were born, while the other two were aborted.

“There was always pressure for a son and every time I gave birth to a daughter, people questioned my inability to give birth to a son. My husband does nothing to comfort me,” says Bista, who despite the hardships, has managed to send five of her girls to school.

Here in the culturally conservative society of far-western Nepal where all development indicators like female literacy, maternal and infant mortality are much below the national average, Bista is just one among many mothers with similar stories.

The preference for boys in the patriarchal culture means women are married young, and are stigmatised every time they give birth to daughters. Because they are so young and undernourished at childbirth, many die at home or while being carried on stretchers to hospital.

No time for school

Not just a social problem, but an economic one, Elizabeth Hanna Satow

Most women in rural Nepal still have no access to essential antenatal care during their pregnancy, resulting in grave complications at childbirth.

“Her husband will most likely remarry now that she can’t get pregnant,” says a neighbour matter-of-factly.

After she started getting contractions in her latest pregnancy in August, the neighbours carried her downhill for half-an-hour before they found a bus that could take her to Bayalpata Hospital. She was critical by the time she arrived at emergency, with dangerously low blood pressure.

Her uterus had ruptured, and she had severe internal bleeding. The baby was in a transverse position with one of its hands sticking out of the cervix, already dead.

The surgery took four hours, but Bayalpata’s doctors managed to save Dhiru Bista’s life. Fearing complications, the hospital referred her to the ICU in the district hospital in Dadeldhura, seven hours away. She was discharged five days later.

Surgeons at Bayalpata said that this was one of the toughest maternity cases they have operated on. There have been 320 deliveries since the Covid-19 induced lockdown in April 2020, and all of them have been performed free of cost.

Bayalpata is run as a public-private partnership by Nyaya Health Nepal (NHN) with support from the Far-West Province, Sanfebagar Muncipality, and international funding.

Women wait for their turn for checkups at Bayalpata Hospital.

The Covid-19 pandemic has added to the already precarious healthcare in these rugged mountains, as expecting mothers were unable to travel to health posts for regular check-ups. Institutional deliveries also dropped dramatically, which led to an increase in mother and infant mortality throughout the province.

There have been cases of women giving birth while working in the fields, cutting the baby’s umbilical cord with their sickle, adding to the risk of tetanus infection for both new mothers and babies.

Nepal has made rapid strides in saving the lives of mothers and babies. The national average for maternal mortality rate has dropped from 539 per 100,000 live births 25 years ago to less than 186, in 2017. But maternal deaths are still high in districts like Achham, and even the national average has stagnated in the last three years.

Too young to marry, karuna Onta

In the culturally conservative society of far-western Nepal, Bista is just one among many mothers with similar stories.

Bista’s neighbour has two daughters, one of whom is handicapped. Her in-laws are already looking to remarry their son because they want a grandson. The daughter-in-law is not allowed to mingle with anyone, and works in the fields all day. There is no one to feed her children and her in-laws do not care for the girls – the youngest of whom, only one-and-half years old, weighs just five kg.

Every household here has at least one male member working in India, and it is the money they send home that allows the subsistence farmers to survive. But when there is an illness or pregnancy in the family many cannot even afford the bus fare to go to hospital.

Dhiru Bista would have surely lost her life if it had not been for the emergency surgery at Bayalpata Hospital. The facility has treated more than 1 million patients from seven surrounding districts in the Far-West and Karnali Provinces since it was set up 15 years ago, and many of them are maternity cases. Treatment and medicines are all free, and the hospital could be a model for other hospitals in rural Nepal.

New investment to upgrade health facilities in remote settings is necessary to further reduce the maternal mortality rate in districts like these. Next comes education for girls, so that people are made aware of the dangers of early marriage.

This would prevent unnecessary pregnancies, thus saving lives. With elections approaching political parties are once more promising jobs and prosperity. But unless the lives of Nepali women and children are protected, there is no need for jobs. Number of jailed journalists reached global high in 2021, at least 24 killed for their coverage: CPJ report 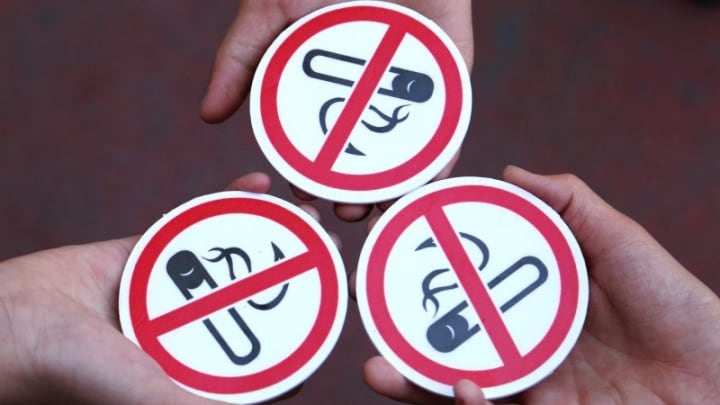